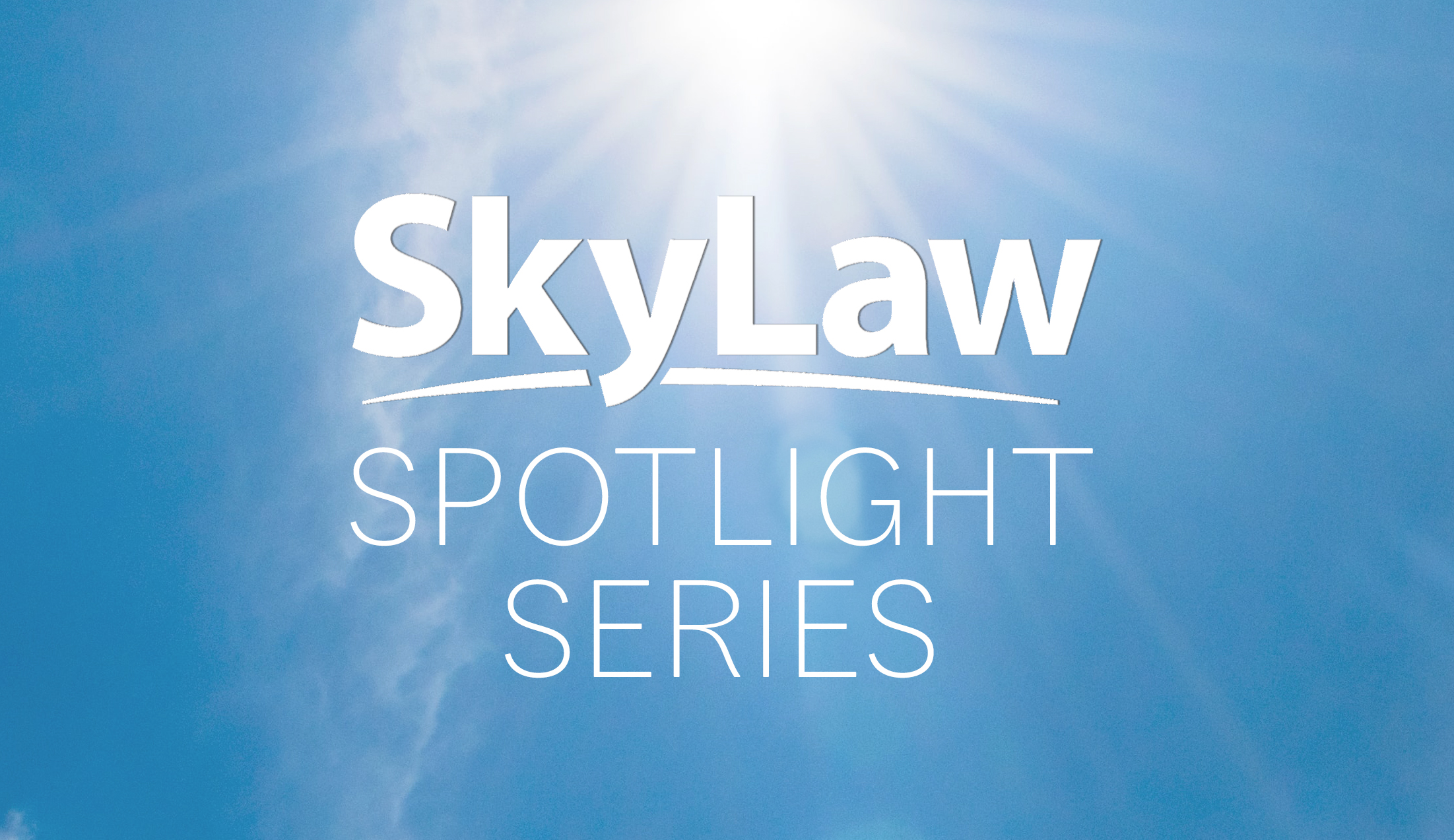 We’re all in this together: The importance of shareholders’ agreements

“Why do I need a shareholders’ agreement?”

It’s a great question.  Negotiating and implementing a shareholders’ agreement can be resource-intensive, and can require founders to challenge their assumptions about each other and their business.  It may also feel counterintuitive to require shareholders to think about their individual rights when everything else about the operation feels like you’re all in this together.

Here are some reasons why putting a shareholders’ agreement in place can be well worth the work.

Starting Off on the Right Foot

A shareholders’ agreement requires advance planning for aspects of a business that founders may not have initially considered, and so the process of preparing one sets a company up for an organized approach to growth, which can appeal to both present and future investors.

It’s also a great opportunity to consider unlikely or worst-case scenarios while the parties are all still getting along.  Because they require shareholders to consider their individual interests vis-à-vis each other, shareholders’ agreements can reveal stark differences in expectations and priorities.

And finally – you’re probably already halfway there!  Many of the topics a shareholders’ agreement can cover are likely things you and your co-founders have already considered when it comes to working together.  Putting it all in writing makes those joint intentions clear and enduring.

Because these questions are certain to come up at some point in your company’s life cycle, dealing with them up front can help your business respond more efficiently when they arise.

How Decisions Get Made

Without a shareholder agreement, the board would manage or supervise the management of the business and affairs of the corporation and make most of its decisions, including about such matters as issuing new securities, entering into material contracts, hiring new executives, and creating new subsidiaries.

Shareholders would approve only those fundamental matters as required by law, such as amending the corporation’s articles, entering into an amalgamation or plan of arrangement, a sale or transfer of all or substantially all of the property of the corporation, continuing the company into a different jurisdiction, and winding up the company.

A shareholders’ agreement can provide shareholders with additional approval rights – common examples are:

“Shareholder approval” doesn’t have to mean that all shareholders need to approve the action – indeed, as a company grows, this kind of approval can be increasingly difficult to achieve.  Consider instead whether just certain founding shareholders, or major shareholders holding at least a certain percentage of shares, should be specified.  There can be different approval requirements for different types of decisions.

A shareholders’ agreement can also be a great place to plan for the governance of your company.  For example, you can specify who gets a seat on the board – which may perhaps feel redundant when the founders initially hold controlling equity interests in the company, but can become very valuable after the dilutive effect of subsequent financings.

Shareholders can agree in a shareholder agreement to vote their shares in a certain way in order to provide certainty going forward – one such example is the exemption of the corporation from the annual audit requirement imposed by corporate statutes, unless the board determines otherwise.  Shareholders can also assign their voting power to others.

And finally, a shareholders’ agreement can provide for information rights, such as regular access to budgets, interim financial statements, and other important information, to which shareholders would not otherwise be entitled by law.

How Money Comes In

A shareholders’ agreement can clearly set out stakeholders’ expectations about how funds will be raised for the company’s business.  Should shareholders be compelled to contribute capital, or to personally guarantee debts of the corporation if a lender requests that?  Should shareholders be able to participate in future issuances of shares and other securities (often known as a pre-emptive right), to allow them to avoid being diluted and to help keep the circle of shareholders small?

How Money Goes Out

A company’s articles will confirm which classes of shares permit dividends to be declared, and the board is responsible for declaring dividends, but a shareholders’ agreement could provide for shareholders to approve a dividend policy or approve each dividend before it is paid.

Customized approvals can be required for corporate budgets, major acquisitions, and contracts involving more than a certain amount per year.  Profit-sharing arrangements can be baked in, as can arrangements for the repayment of shareholder loans.

Going into business together can be profoundly personal.  A principal objective of many founding shareholders is to control who gets to be part of their company – both by way of managing issuances of shares from treasury, and also by providing for how existing shareholders may sell or transfer their interests.

The articles of any private company will require that all share transfers be approved by the board or as set out in a shareholder agreement.  It is common for shareholders’ agreements to set out how a shareholder can sell, transfer or encumber their shares in the corporation.

Some other key provisions that can affect how shareholders exit the company or transfer their shares include:

Such provisions, especially the shotgun, can be a potent remedy, and the timelines and processes they involve should be carefully modelled out.  Once triggered, a shotgun provision can be difficult to halt and can result in adverse outcomes.  As the Court of Queen’s Bench of Alberta put it in Trimac Ltd. v. C-I-L Inc., “A shotgun buy-sell is strong medicine. One takes it strictly and in accordance with the prescription or not at all.”

Reverse vesting provisions can also be included in a shareholders’ agreement if the parties are comfortable with those provisions being visible to all future parties to the agreement.  Read more about reverse vesting in SkyLaw’s blog post here.

Does it Need to be Unanimous?

A shareholders’ agreement doesn’t need to be unanimous in order to be enforceable against the shareholders who are parties to it.  However, a non-unanimous agreement should carefully distinguish between the entire shareholder body and those who are party to the agreement.  Proceed cautiously around approval thresholds and special shareholder rights to make sure only the right shareholders are taken into account.

When a shareholders’ agreement is unanimous, it takes on the additional quality of being able to restrict the powers of the directors of a corporation to manage the business and affairs of the corporation (such powers, along with their related liabilities, can be transferred to the shareholders).  It will also apply automatically to newly issued securities (a characteristic not shared by the non-unanimous agreement).

Public companies cannot, by their nature, have unanimous shareholders’ agreements, but their shareholders can still have agreements between themselves about matters such as how to vote.

Who Can be a Party?

Third party stakeholders can also become parties to a shareholders’ agreement, which may make sense if the agreement contains rights that they would like to be able to directly enforce.

An additional reason to enter into a shareholders’ agreement is to put in place restrictive covenants that apply to all of your shareholders.  A non-competition clause is a great example: “non-competes” can help ensure that your shareholders do not start up, or work with, a competing business.  Like other “restraint of trade” provisions, non-competition provisions must ultimately be reasonable in their scope, and must meet specific requirements in order to be enforceable, so it’s important to consider the actual needs of your business when structuring this kind of provision.

Often, shareholders can be recipients of sensitive corporate information such as pitch decks, financial statements, and investor correspondence and presentations (including at shareholder meetings).  A confidentiality clause in a shareholders’ agreement can be a great way to impose an obligation on all shareholders to keep such materials confidential.

A non-disparagement clause can prohibit stakeholders from making written or oral comments about the business and its stakeholders that could reasonably be understood as negative or disparaging – an obligation that can help preserve the company’s goodwill and reputation.

If you’re considering whether to put a shareholders’ agreement in place, keep these take-aways in mind: