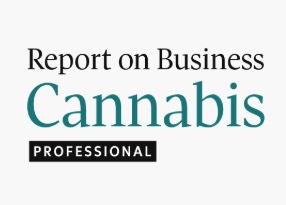 Pot and promotions: Four tips to navigate the Cannabis Act

Promoting pot can be surprisingly tough. Canada’s current legal restrictions broadly prohibit anyone from publicizing any representation by any means whatever for the purpose of promoting the sale or disposal of cannabis. Licensed producers of cannabis have some limited abilities to provide their clients with basic information about their products (such as name, price, and cannabinoid content), but not much beyond that. When the federal Cannabis Act comes into force on Oct. 17, however, it will bring with it a much more nuanced approach to the promotion of cannabis.

Simply put, a “promotion” under the Cannabis Act is a representation which is intended to sell something, and which is made directly or indirectly in a way that is likely to influence someone.

Prohibitions on promotion feature heavily in the Act because one of its purposes is to protect public health and safety, in part by protecting people from inducements to use cannabis.

And these rules aren’t just for licensed producers, either: the promotional restrictions in the Act apply to everyone. That includes private citizens, corporations, and even the media. Naturally, Health Canada has a variety of tools to enforce these rules, including monetary penalties and regulatory action.

That said, here are a few points from recent Health Canada guidance that you should know:

The responsibility for compliance falls on the regulated party.
Practically speaking, this means that the buck stops with you, and you have to get it right the first time. Reliance on representations by others will not be a defence, and Health Canada will not be providing examples to help light the way. For example, a company would still be liable for a prohibited promotion even if the ad was developed by a third party agency which promised it was above board.

Compliance will be assessed in hindsight, on a case-by-case basis.
Health Canada will not provide “advance rulings” of draft material, and something that passed muster for someone else might not necessarily be compliant coming from you.  The purpose, content and context of a communication and its intended audience are examples of factors that Health Canada may take into account in considering whether a communication is offside the law.

Opinions and scientific reports may be permitted, so long as no one is being compensated for them.
The promotional restrictions in the Cannabis Act do not apply to a scientific report, commentary, or opinion (among other things) in respect of cannabis, so long as no consideration is given, directly or indirectly, in return.  However, these exemptions must be balanced with the fact that anything done with an intent to sell a product or service will be considered a promotion.  So an opinion or report which is animated by an intent to sell something (as determined by Health Canada, not by you) could still be prohibited.

Other legislation may apply.
For example, labelling cannabis with an “organic” certification will invoke a host of rules around how that term may be applied.
Certain exemptions from the promotional restrictions in the Cannabis Act are available for brand-preference promotion (which includes promotion of cannabis by means of its brand characteristics) and informational promotion (which includes factual information about cannabis).  For example, one such exemption allows for telecommunications where the responsible person has taken “reasonable steps” to ensure that the promotion cannot be accessed by a young person.  What constitutes “reasonable steps”, and which other considerations you should be taking into account, however, are excellent questions for your lawyer.

Another important consideration is that no cannabis-related promotion, even if it is otherwise compliant, may be done in a manner that evokes “a positive or negative emotion about or image of, a way of life such as one that includes glamour, recreation, excitement, vitality, risk or daring.”  How this striking requirement will be applied in practice has yet to be seen.

The challenge for anyone looking to tell the public about their cannabis company, therefore, will be to develop effective messaging that threads the various needles of these rules.

Andrea Hill is a corporate and securities lawyer with SkyLaw Professional Corporation, based in Toronto.  She works with a broad variety of clients in the cannabis space, including private and publicly-listed licensed producers of cannabis, licence applicants, and ancillary businesses.